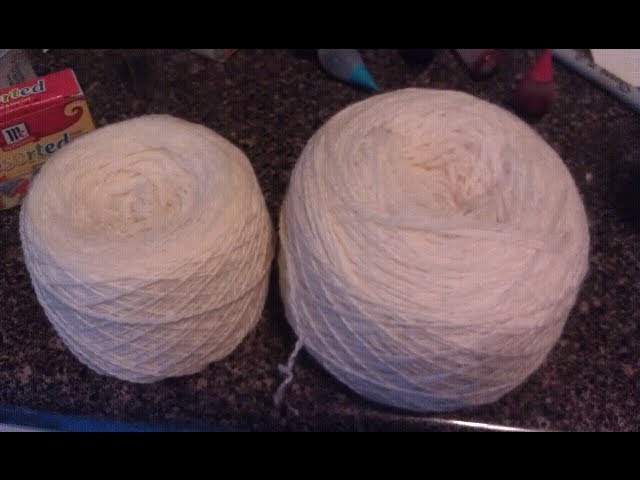 Previously I have shown you that you can dye wound cakes of yarn to create stunning asymmetrical colorways. I cautioned that even if you were to dye two (hand wound) cakes in one pot the colorways would likely not be identical due to differences in the winding. Let’s take these differences to an extreme by dyeing a loosely wound cake in the same pot as one that is tightly wound.

Our hypothesis is that the tightly wound cake would get less color towards the center of the ball than the loosely wound cake.

What do you think will happen?

Hi - my name is Sam and I have a passion for natural dyeing! I started learning from my grandma when I was a kid, so I wanted to create a site where the beginner could pick up my tips!

Not sure where to get started?

Check out my 30 day boot camp: